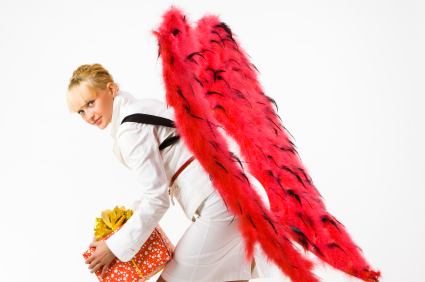 Peter Shankman (www.shankman.com) has become a prominent thought leader in the world of PR. He has done this by looking at his audience and identifying what they need.

In his early days, he got a call from a unique yarn shop located outside the city on Long Island. They has amazing yarns that were difficult to get and a wonderful atmosphere but were pretty far from their largest customer base in Long Island.  So when Shankman started working with them, he identified that one of the challenges was getting more customers to the store.

Shankman found a van, and designed a new top with a giant ball of yarn and knitting needles sticking out of it. He connected this to the news releases and articles about the store. The store offered rides in their van to their store. They made it easy to get to the store. Instead of three subway rides and a train -just one round-trip ride in their van. It was great branding. It produced terrific word of mouth. Everyone was talking about it and the store became well known in a short amount of time. And…..he made it really easy for customers to use the store.

Another BIG Idea he has produced is his HARO  which stands for Help a Reporter Out (www.helpareporter.com).  He realized that reporters are often in need of sources for their background and story content. He put together a daily email that goes out three times a day with queries from reporters, bloggers, etc. By doing so, he has helped establish himself as a premier thought leader in his industry as well as helping the people who write the stories. It is simply brilliant. It makes money for him AND helps others. Works for me as a strategy!